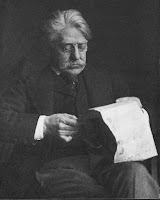 The local signs were promising – questions about development, protests against cutbacks, alarm about nuclear power. Meanwhile, a month in Haiti had made a profound yet indefinable difference. Somehow it had restored my focus and confidence. Back in Burlington I returned to organizing and writing, cranking out articles and essays for the alternative and community press.

For local Vermont papers there were analytical and historical pieces on Burlington’s social and economic challenges, for In These Times, WIN, Liberation News Service and others features on Haiti and problems with the Vermont Yankee nuke and Seabrook’s proposed plant. The idea was to keep the emerging progressive agenda in the public eye.

The local campaign for media reform launched a year ago earlier was also baring fruit. With support from the Church Street Center, a UVM-funded extension program, and money from the Vermont Council on the Humanities, we had launched a media education project. Phase one was a series of public forums on the issues. Phase two, still underway in 1977, was the training of community journalists, culminating with a series of Consumer Voice guides to issues like housing and employment. But the best news was a plan to start a new weekly alternative newspaper. Several recent UVM grads had been talking about it since working together on the campus paper, The Vermont Cynic. Over the summer they set up an office and prepared to launch The Eclipse.

The timing was perfect. Although Public Occurrence was no longer being published I had access to a local audience through neighborhood-based community papers, and had just made a deal for a weekly series with the Cynic. The Eclipse would reach thousands more, especially younger readers not yet familiar with the area’s politics. The potential audience was almost as large as the readership of the Burlington Free Press. Contacting Eclipse’s main investor, a young environmentalist and entrepreneur named Peter McAusland, I offered my services as a reporter and feature writer.

It felt like a uniquely creative moment, a time when “conventional wisdom” was giving way to new thinking and bold action. In April, over 2,000 protestors had occupied the Seabrook Nuke construction site. More than 1,414 people were arrested and held in jails and National Guard armories for up to two weeks after refusing bail. But they’d used their detention for training and networking, and even more joined the movement afterward. Anti-nuclear demonstrations were being staged across Vermont. In Burlington, residents were asking tough questions about the establishment’s Master Plan. In nearby towns they were challenging the push for massive commercial development.

In June, Robin Lloyd, Doreen Kraft and I produced an evening of performance art based on our experiences in Haiti. “Impressions of Haiti” incorporated humor, commentary, dance, slides and film clips that captured our sense of the place. Doreen played roles like Art Dealer, Tonton Macoute and the folk figure Ti Malice, a mulatto Abbott to Robin’s pathetic, Costello-like Bouki. I was the Tour Guide, as well as the two dictators, Papa and Baby Doc. To round out the ensemble we cajoled friends into taking smaller roles and running the equipment. There was also a stroke of luck; a few days before the performance an extraordinary Haitian painter, Celestin Faustin, arrived to work with Robin and Doreen on their film, Black Dawn. He threw himself into the production, choreographing a Voodoo dance that became the show stopper.

It was beyond SRO that night at the Church Street Center, the small converted Firehouse on Church Street that had opened its doors for “alternative” events. People lined up on the sidewalk to see the strange doings inside. Doreen was hysterical improvising off our skeletal script. Celestin’s dance, with him and several women in whirling white skirts, torches ablaze, left mouths agape. Robin’s performance as an abused Haiti peasant, sewing a baseball as she described her life, brought people to tears.

Afterward, we realized that no one had recorded it – and it would never happen again. Like many artistic expressions it was ephemeral and impossible to reproduce. Yet creating it had produced a bond, an affirmation of our friendship and commitment to collaboration. For years afterward we continued to work together on community and film projects.

The closer we became the more I appreciated Robin’s extraordinary spirit, intelligence and compassion. We shared our histories and hopes, and introduced each other to families and social worlds. Robin had been an art teacher and filmmaker since the 60s, part of the New York avant-garde scene before moving to Vermont. She was sweet and earnest and deeply private.

Another revelation was her family history. For more than a century the Lloyds had been fighting for social change. The tradition had begun with Henry Demarest Lloyd, a lawyer by training but a journalist by choice. Throughout the Gilded Age he was the archetypal “muckraker,” a dedicated activist-writer attacking the evils of oligopoly in articles, speeches and books. Becoming financial editor of the Chicago Tribune in 1874 – and later marrying Jessie Bross, daughter of a Tribune owner – he documented the corruption and violence of the Standard oil Company. He called for federal regulation of the railroads, then the vital force in US capitalism’s rapid growth. Political differences with the paper’s management eventually led to his resignation. Shortly after that, in 1886, he became deeply involved in the case of the Haymarket anarchists, and subsequently led their clemency campaign.

HDL’s magnum opus, Wealth Against Commonwealth, was the first well-documented expose on a monopoly. It was also an indictment of capitalist abuses in general, and an argument for radical reform based on freedom, love, and community values. His vision of social change stressed true fellowship in a new industrial democracy, “nothing as narrow as the mere governmentalizing of the means and processes of production,” but rather a spiritually-based socialism.

Those conclusions led him to search the world for practical solutions. After touring cooperatives in Great Britain, he wrote Labor Copartnership. After visits to New Zealand and Australia, he produced book-length reports on social democracy in action. Even after his health began to fail he jumped into the 1902 anthracite coal strike, serving with Clarence Darrow as counsel for the United Mine Workers and arguing before a presidential commission. He died in 1903 while leading a Chicago campaign for municipal ownership of street railways.

It was remarkable. Robin’s great grandfather had blazed the path I was following – advocacy journalism, a core belief in democratic values combined with passion, fair reporting, and uncompromised perceptions. And he hadn’t just observed. He’d acted on his beliefs and searched tirelessly for solutions, along the way influencing the direction of progressive thought.

That would have been more than enough, as synchronous as it was with my own aspirations. But there was more. Perhaps inspired by HDL’s example, succeeding generations of the Lloyd family devoted themselves to altruistic causes – union rights, the Ford Peace Ship before World War I, campaigns for a global parliament and other international proposals for world peace, the United Nations, non-alignment, and independence movements around the world. Robin’s grandmother Lola Maverick Lloyd had helped found the Women’s International League for Peace and freedom. Her aunt Jessie was a socialist journalist, and married muckraking author and activist Harvey O’Connor. Her father Bill had worked with labor coops and founded a respected newsletter on international affairs, Toward Freedom.

It was an inspiring legacy, and meshed in many ways with my own values, almost as if I’d absorbed the lessons of HDL and his descendants instinctively, without knowing them. Politically, even spiritually, it felt like coming home.

Chapter 13 of Prelude to a Revolution

Next: Alternative Press -- The Phoenix Formula