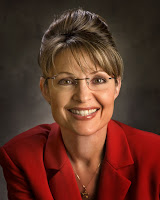 She’s a rapidly rising star, even – dare it be uttered – an instant celebrity who is firing up the Republican base. Yet little was known about John McCain’s surprise choice for Vice President, Sarah Palin, until a few days ago. And what has been learned since then raises as many questions as it answers.

Alaska’s governor is adamantly anti-abortion and supports teaching creationism in schools. No big surprise there. Instead, the questions revolve around how and why she was chosen, some of her actions as a mayor and governor, her daughter’s out-of-wedlock pregnancy (the tabloid angle), and past association with a political party that thinks Alaska should secede from the US.

McCain spokesmen were quick to deny any connection between Palin and a party that hopes to have Alaska split from the US, and claims she has been a Republican for many years. As the UK Guardian reports, however, AIP Vice-Chair George Clark told the audience at the Party’s 2008 Convention that she supported the party before winning her first political post, mayor of the town of Wasilla, Alaska. "But you get along to go along,” Clark said, “she eventually joined the Republican Party, where she had all kinds of problems with their ethics, and well, I won't go into that." AIP's motto is "Alaska First, Alaska Always."

There have been other unexpected disclosures. Despite her declaration of independence from Alaska's senior senator, Ted “Bridge to Nowhere” Stevens, who is facing criminal charges, she directed a political group that raised money for him. When Wasilla’s mayor, she was forced to resign after firing the police chief for not supporting her agenda. This led to a lawsuit for breach of contract. Currently, she faces an ethics investigation into whether she abused her office by firing the public safety commissioner, who refused to intervene in a messy divorce case involving her sister.

Writing for Alternet, Isaac Fitzgerald and Tana Ganeva have assembled a list of additional revelations, including her attempt to ban books at a local library, support for earmarks, and decision as governor to veto funding for a transitional home for teen moms.

It’s a perplexing record for a candidate promoted as an anti-corruption maverick. Yet, the angle getting the most media attention is the less revealing – but more titillating -- pregnancy of her 17-year-old unmarried daughter, a story declared “off limits” by both candidates but simultaneously exploited by journalists and talking heads. The message is sympathy for an “average” family.

In essence, the media has helped the Republicans by changing the subject – the Party’s main campaign strategy this time around. It’s not about a nation mired in war and heading in the wrong direction. It’s about a war hero and a “hockey mom” who can clean up Washington.

On the Convention floor Tuesday night, GOP leaders – and Joe Lieberman – talked about family, abortion, and threats from enemies abroad and, as Bush put it, the “angry Left” at home. (He seemed to be talking about the Democrats.) Lieberman framed his support for McCain as a choice of “country” over “party,” a struggle against “partisan paralysis.”

Obama hasn’t reached across the aisle, the ex-Democrat claimed, or challenged his party. In contrast, he cast Palin as a reformer who has reached across party lines, and called McCain-Palin the real ticket for change, a maverick duo that can deliver “national unity,” honor, and an administration “our enemies will fear.”

Considering recent events, secession doesn't sound that unreasonable. But all in all, be afraid. Be very afraid.