Nine Reasons to Replace the Mayor
(order subject to change)

9. Fair Wages -- It's been mostly empty promises on enforcing a livable wage. And discussion of a higher local miminum wage? Forget it. Mayor Weinberger didn't even object to exempting business outlets at the airport from the city’s livable-wage ordinance.

8. F-35s - Weinberger has actively supported basing the F-35 fighter bomber at the city-owned airport from the start. It’s an environmental assault that will make some people’s homes unlivable.

7. Marijuana Legalization -- He has remained silent and non-committal, even after voters said yes overwhelmingly to a nonbinding referendum to regulate and tax pot sales.

6. Police Conduct -- He refused to encourage an independent review of police conduct after the rubber-round shooting of protesters and has ignored complaints about profiling and the use of force.

5. Privatization - On the Moran Plant and Burlington Telecom, Weinberger has refused to pledge that public assets will remain publicly owned.

4. Gun Control -- There has been no effective follow-up on a city council resolution calling for a Burlington ban on assault rifles and high-capacity ammo clips.

3. Fiscal Stability -- The Stability Bonds that the mayor pushed through may turn out to be a poor deal. Taxpayers will pay big in the short term on the promise of paying less down the road.

2. Democracy and Participation -- One-party rule can be dangerous. It gives the mayor a rubber stamp for whatever he wants. In the past Burlington has been known as a place with three strong parties where political issues were discussed openly. But debate has been recently sidetracked on climate change, redevelopment and neighborhood concerns. We need more democracy, not less.

1. Priorities -- Too many residents struggle to find and keep affordable housing and jobs that pay a livable wage, but the mayor's top priority appears to be commercial development. He wants to give the city an extreme makeover. But that does make some sense. He's a developer, after all, and business interests have a strong voice in his administration. As a result, deals are being fast-tracked without meaningful public input. 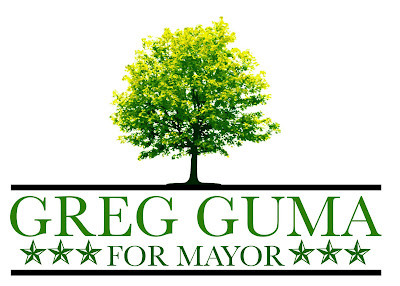 Thanks to everyone who has provided advice, support and feedback about my possible run for Burlington mayor. From people like Ann Taylor, whose civil disobedience on the bike path was a poignant wake up call, and Matt Cropp, whose insights on neighborhoods helped clarify how a challenge on the issues could work, to passionate protesters, artists, students, teachers, parents, and many others turning out these days for marches and meetings, I've learned much and renewed my hope for the future. In person, on the phone, and through dozens of online chats, public and private, I've heard about promising ideas, determined efforts, and needed initiatives -- sometimes in the face of limited resources or looming deadlines.

Despite the current pressure for "speedy" action on a variety of public-private partnerships and plans -- to rebuild the "town center" mall, gentrify south end studio spaces, bring condos and a hotel to the shore of the waterfront, develop most of the land around Burlington College, privatize Burlington Telecom, and sell Farrington's Mobil Home Park for commercial development, to mention the obvious -- real public input and time to consider all options should be more than a formality, especially when the stakes are so high. Before rushing to sell or redevelop, inclusive alternatives and long-term impacts need to be more seriously considered. We can't over-build our way out of problems. We must make the time to explore possibilities that create positive outcomes for all residents.

That said, I haven't attracted sufficient support yet to begin a campaign at this time. Although many people encouraged me to run, others want just a Progressive Party candidate or have different, non-electoral priorities. My work with community groups and projects will, of course, continue. I'll also speak up -- about local issues like housing, affordability and gentrification, global problems like economic inequality, racial injustice and climate change, the lessons of history and the choices ahead.
Posted by Greg Guma at 12/04/2014 02:04:00 PM